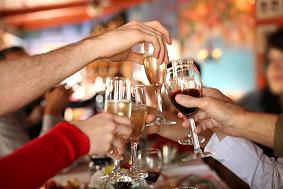 The last week was filled with some working out, and some good intention, but mostly it was filled with lots of good wine and good company.  As mentioned in my last post, I was out with friends from college in Boston for a long weekend, which ended in lots of late night shenanigans, then I was home for a couple days, then out to the Bay Area for work and to see friends again.

So I was a little good in between the badness…I worked out both days I was home.  And I braved seeing my dear Ken-doll trainer, Ryan (seriously…could play Ken in the movie, if there was one). And I worked HARD!  I took care of myself by eating my (good) carbs before working out and I made it through with no shakes and no drama.  I packed my bags with the intention of fitting in a least a walk along the bay or maybe a yoga class with a friend.

But my dear friend Wine was invited to the party each of the nights I was there.  And I couldn’t turn her down.  She’s so lovely and smooth and she slips in so easily you almost don’t notice her.  But the next day you remember she was there.  She left an impression.

I only had one real opportunity to work out, but that idea went out as fast as it blew in.  So here I am, a week later from my last session with Ryan, with no progress or activity to report.

Am I bad?  Or did I just take a week off?  I’m going with the latter because I’ve already scheduled in all my workouts for the coming week and I know I’m going to hit them.  But it’s very hard to shake off the guilt, and I feel like a bit of a fraud.  Stick with me folks – I swear I’m in it for the long run. 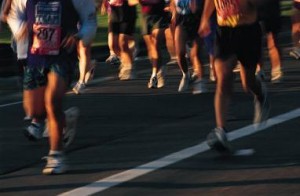 I am reading The War of Art, by Steven Pressfield.  I think maybe everyone in the world who wants to do anything with their life should read this book.  It’s a no-BS, wake up call to just get it done.  Call the excuses what they are (or actually, he calls them “The Resistance”) and get on with it.

All of us have it – that thing/voice/block/weather/excuse/husband/wife/kids/job/country/REASON why we cannot finish, execute or sometimes even start what we know we are meant to be doing.  So know it, and get over it.  “Go Pro” as Steven says.  Do what you need to do to do the work no matter what.  A professional athlete doesn’t wake up one day and say, “hmmm, I don’t really feel like doing my training today…maybe tomorrow”.  When you Go Pro, you stop finding excuses for not doing the work, and you Just Do It.

I am on my way home from an amazing weekend in Boston with my best friends from college.  One of them just completed the Boston Marathon with an amazing, mind-boggling time (to me) – 3hrs and 12 minutes.  On Saturday afternoon, many of them decided to go for a run.  They went Pro.  I came up with about 10 reasons why I couldn’t:  I wanted to spend time with my friends talking.  I was tired.  I was still a bit sore from my PT workout (yes, still).  I didn’t want to shower again.  I’d rather drink.  I am so far from going Pro when it comes to my fitness routine that it only took a feather to knock me off course.

So here I am, looking at my week ahead, knowing I only have 2 days in which to actually work out…the Resistance is Strong.  It wants me to do other things during that hour and a half.  But thankfully, I’ve already blocked the time out.  Sacred.  Scared? Sacred.  Not movable.  I will not let the resistance win – not this week. 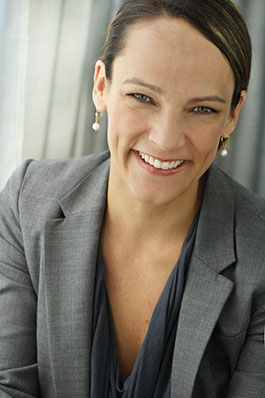